Vid Stars Invaded the Happiest Place on Earth During VidCon 2017

VidCon 2017 at the Anaheim Convention Center in Anaheim, California.

Vid Stars Invaded the Happiest Place on Earth During VidCon 2017

When I think of our experience at VidCon 2017 in Anaheim, California last week, I can honestly say that it was a fun, informative, interactive experience for anyone and everyone who has an interest in making videos, loves to watch videos or lives for gaming.

The entire weekend was jam-packed with panel discussions with some of the internets’ biggest influencers: including the man who is ranked the #1 influencer in the world – Markiplier. In addition, there were exciting experiences including impromptu and scheduled meet and greets with some of the internet’s smallest and largest creators, concerts, interviews, contests and even a prom! The hall was filled with booths to play games, interact with influencers, eat, purchase merch or just learn about something new in the world of video and social media. So basically, VidCon spells H-E-A-V-E-N for the majority of this generation.

Over the years, we have covered almost every social media, video and pop culture convention out there: from Magcon to Digi, Comic Con, Wizard World, Reality Dance, Press Play, PlayList Live, Pop Nation, Fan Rav and more. At this point, I’d say I’m an expert… LOL. In my expert opinion, I truly feel that VidCon has, hands down, discovered the perfect formula to offer the best experience to its attendees.

VidCon opened with excitement and fun! After a day filled with lines for registration, a select group of fans were able to attend YouTube On Stage in the Anaheim Arena. This kick off to the convention was hosted by popular YouTuber Tyler Oakley. The concert was filled with some of the attendees’ favorite influencers and performers including Brooklyn and Bailey, Grace VanDerwaal, Jojo Siwa, Swoozie, Rosanna Pansino (Nerdy Nummies), illusionist Collins Key, the cast of Escape the Night and more. The show ended with an electric performance by one of our old friends – Jason DeRulo – who brought down the house with his high energy performance of some of his biggest hits!

One of the most fantastic things to see at VidCon is that fans really do interact with the influencers and they leave feeling like they got something out of the experience. When chatting with attendees, I asked them to list their five favorite things they’ve done at VidCon so far. Hands down, the number one answer was always “I met my favorite YouTuber” or “I touched my favorite YouTuber,” or “I asked my favorite YouTuber a question.” Whether it’s just passing in the hall and high fiving their favs, attending a Q&A and asking a question, fans are beyond thrilled to be experiencing the phenomenon known as VidCon along side the same YouTubers that grace their screens for hours, each and every day.

Tickets for attendees are broken down by Industry Member, Creator or Community. VidCon says the “Community Badge” is for someone who loves to watch videos and wants to have fun with friends and see and meet their favorite influencers. A “Creator Badge” would best suit someone who loves making videos. Their badge will allow them access to pretty much everything on the convention floor, except for the meet and greet lottery. The “Industry Badge” give you access to all Community, Creator, and Industry Track content, including the Meet & Greet Lottery.

Fun aside, the YouTube craze is not going away and there is a lot to learn if you want to do it right! So, whether you are new to YouTube or a veteran, the content offered at VidCon’s workshops is fresh, cutting edge and valuable for any creator. You can learn trade secrets from the biggest and most successful influencers out there. Attending the right workshop at VidCon could forever change the success of your channel and online presence.

We attended several speakers and panel discussions on content, growing your audience and more, and felt the information offered by the experts was extremely valuable. One workshop in particular, Matthew Patrick (a.k.a. MatPat) offered his wealth of his own knowledge to the hundred plus attendees of his workshop. I sat back watching people feverously taking notes as the popular Game Theorist, with nearly 10 million subscribers on his GT Live channel alone, told them what works for him and how he has built his numerous YouTube channels into an impressive money-making venture. There was an excitement in the room as the attendees soaked up the info and tried to determine how to use it in their own channels. Steve, a new YouTuber sitting next to me said, “If I can build my audience to an 1/8 of his, I’d be thrilled.”

Another popular destination on the show floor was the Musically Stage. You could pass by from time to time and find some of your favorite Musically artists performing, giving away prizes, etc. We were able to catch the sets of several of the young acts including many we’ve interviewed (Check out our YouTube Channel!) like Carson Lueders, Zach Clayton, The Descendants’ Sofia Carson, The Bomb Digz, Johnny Orlando and JoJo Siwa to name a few. There were always so many excited fans awaiting the next act in front of the stage that you could barely get onto the show floor using the entrance by the stage. It was definitely a popular area!

VidCon has mastered how to make you happy so you never want to leave! There is so much interactive excitement everywhere; meet-up spots for friends, charging portals, Wi-Fi spots and comfy bean bag chairs on the show floor.

And parents, VidCon didn’t forget about you! Since there are some attendees who are still minors and need Mom or Dad hanging around somewhere in the building, there is a great, air-conditioned Parents’ Lounge just for you! Located by the food and registration, this quiet area is a nice respite from the craziness of the show floor and stages. VidCon filled the parent lounge with comfy couches, Wi-Fi, charging stations… and I even heard a rumor about free massages??? Though, I never saw anyone getting one when I popped in, but hey… that’s awesome if they are doing it! The Parents Lounge is an excellent meet-up place for kids to find you. You do not need to let them drag you from exhibit to exhibit. You can just chill.

VidCon is about being social! No matter your age, there is a meet up for you. Kids meeting kids, parents meeting parents, artists meeting fans, artists meeting artists, even journalists meeting people. There are impromptu meetings, coffee breaks, lunches and dinners happening everywhere with people you just met. VidCon has a cool, welcoming atmosphere.

Need some air? The excitement of VidCon spills outdoors of the Anaheim Convention Center too. Beyond the beautiful southern California weather, there is always something to enjoy in the courtyard which is strung with bright and colorful paper lanterns lending it a fiesta, happy feel. While sitting under a palm tree you can enjoy live music daily on the Awesomeness Stage, grab a bite to eat at some surprisingly delicious food trucks, take a ride on a Ferris wheel, meet up with a friend or make a thousand new ones, check out some the outdoor interactive displays, and so much more!

Plus, you’re in walking distance of Downtown Disney and Disneyland.

If I tried to explain everything that was done right last weekend, this review would turn to a novel. But if you missed out on experiencing it this year, I’m happy to say that VidCon rolls around every June, so you can still join in on the fun in 2018! If you are or someone you love is a video enthusiast, make sure you check out VidCon next summer. It will without a doubt be the best gift you can give yourself or others who loves social media, videos, YouTube and more.  See you in Anaheim!

Scroll through more convention photos below! 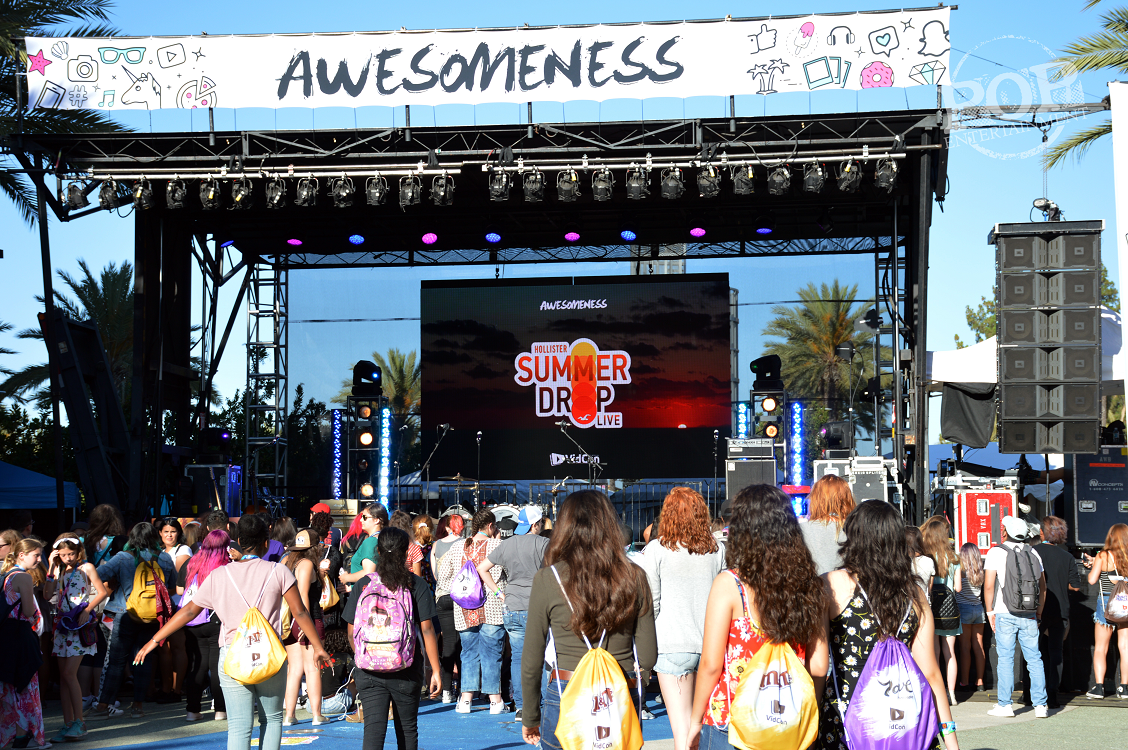 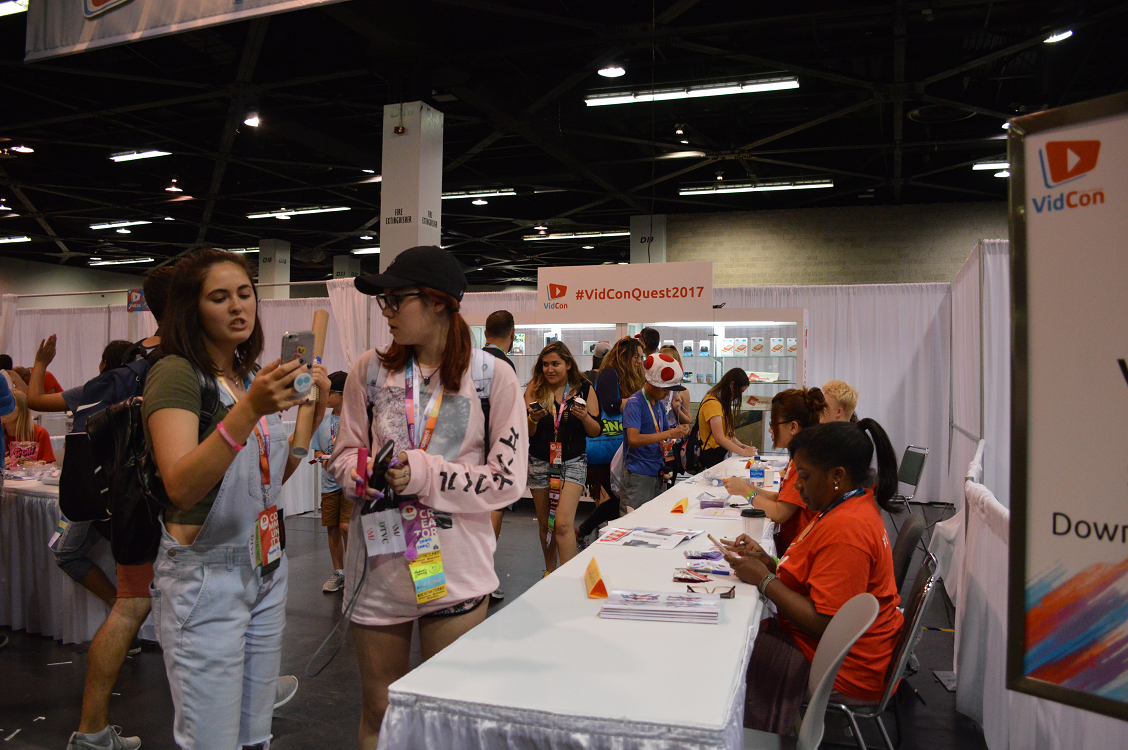 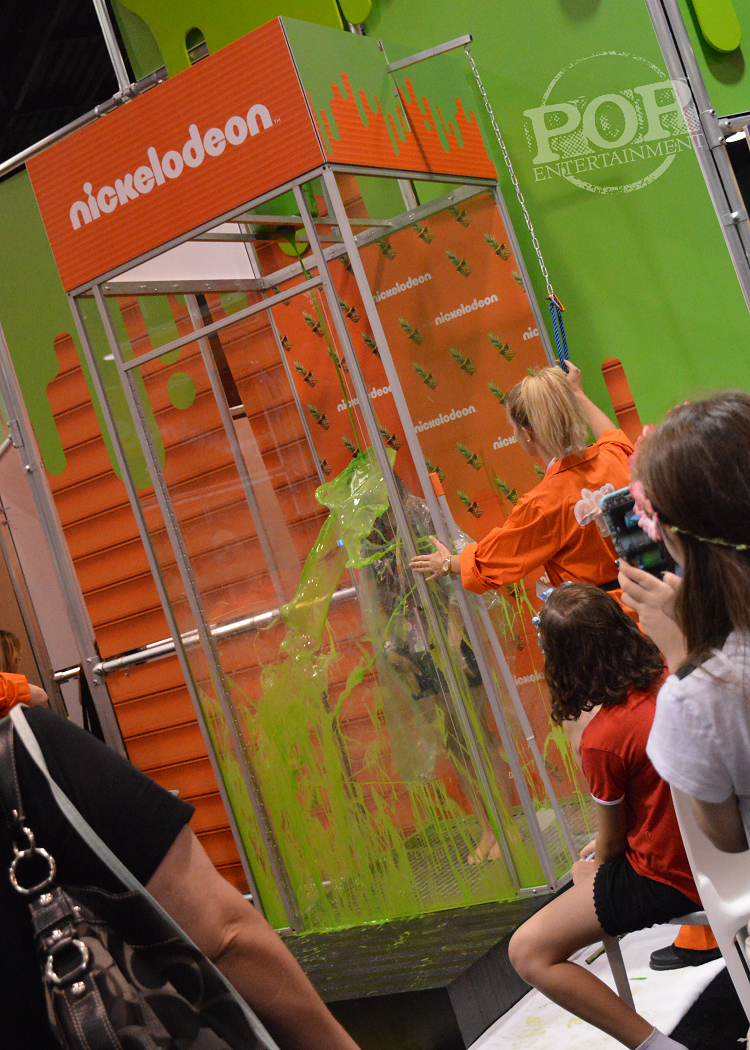 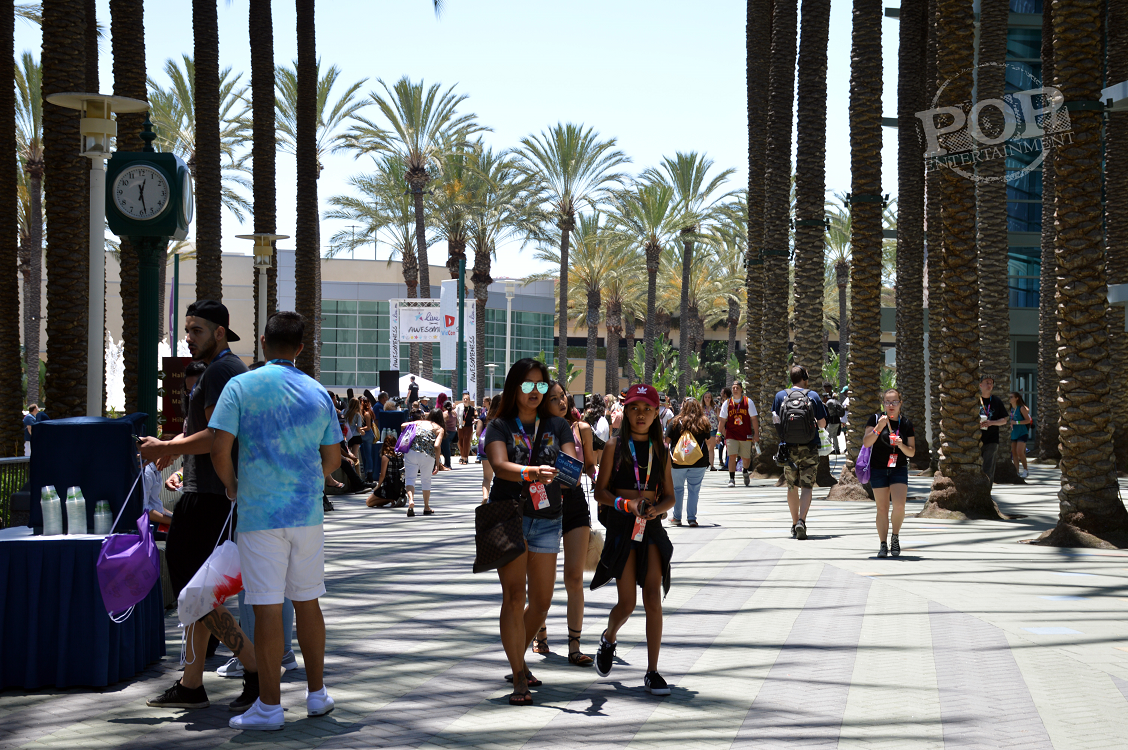 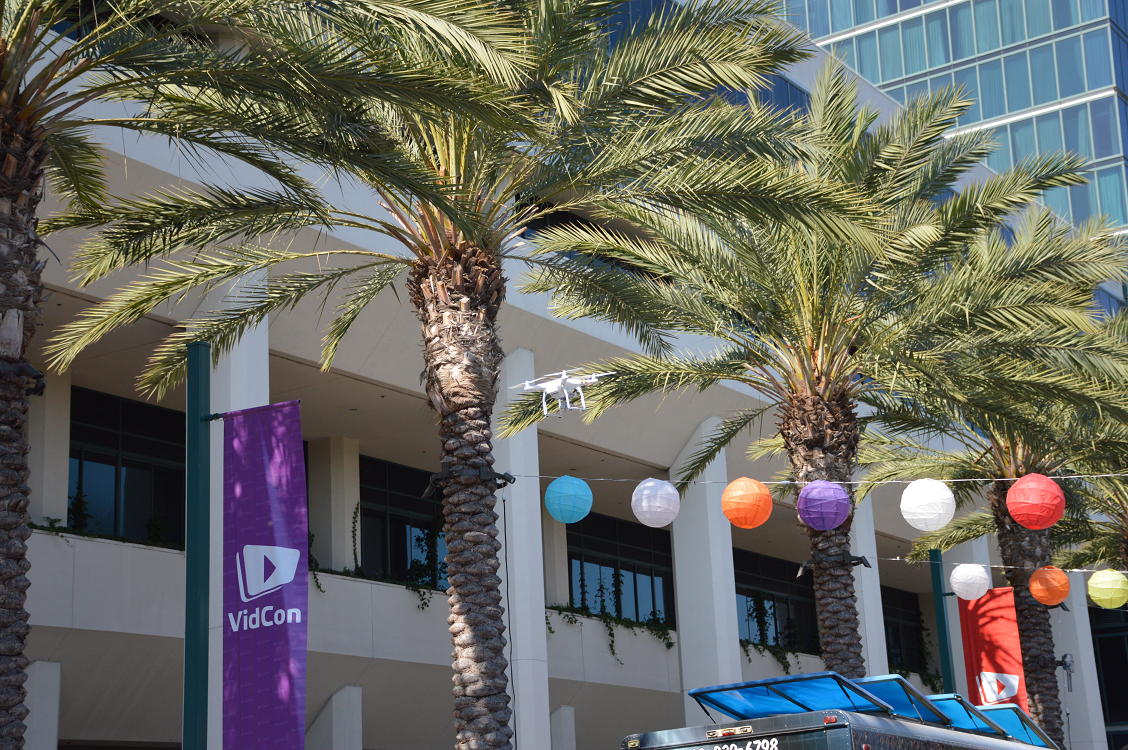 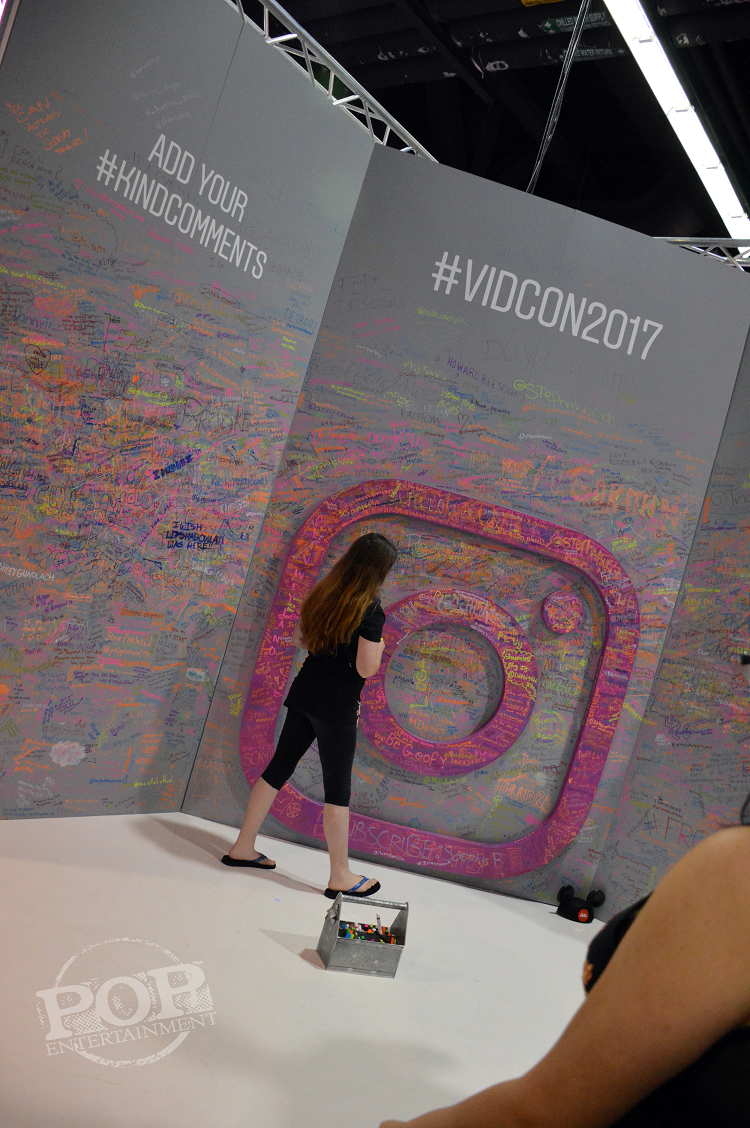 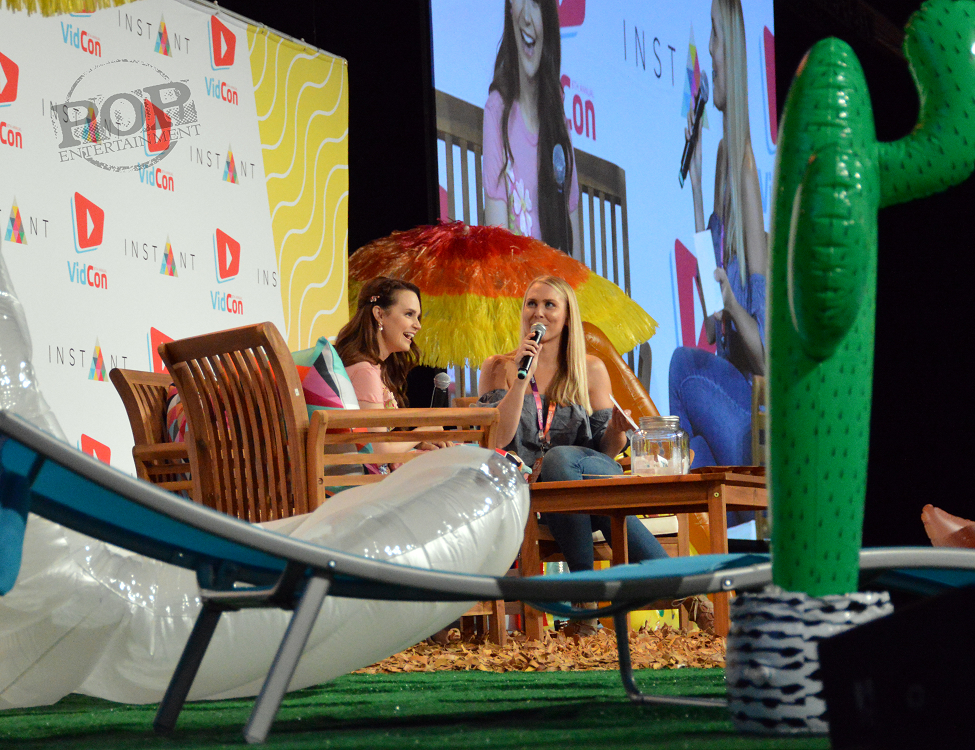 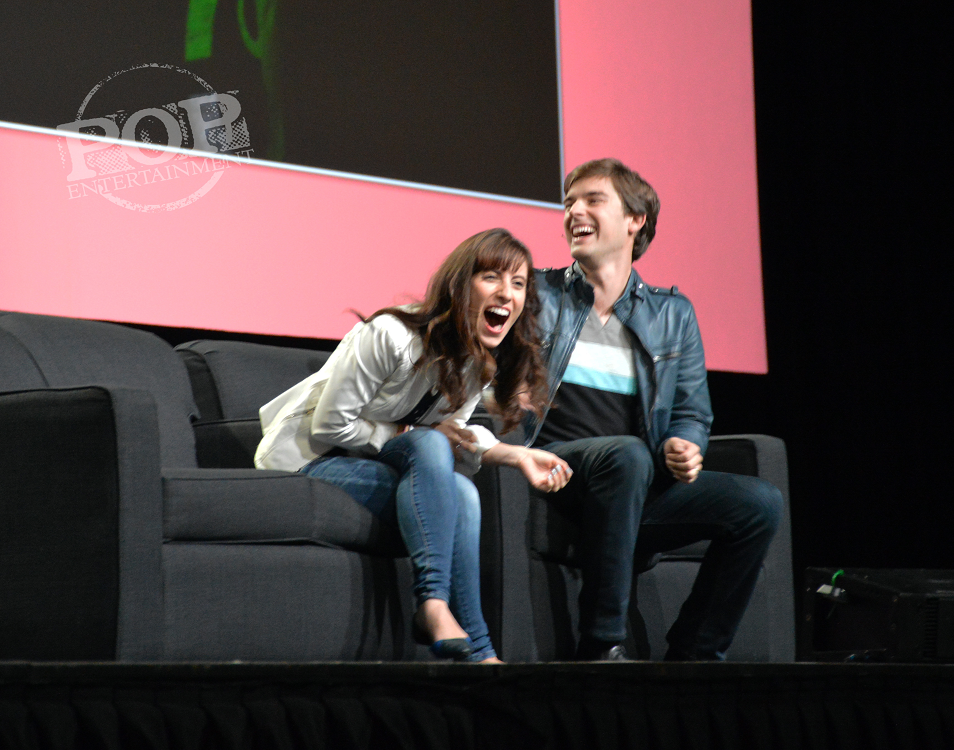 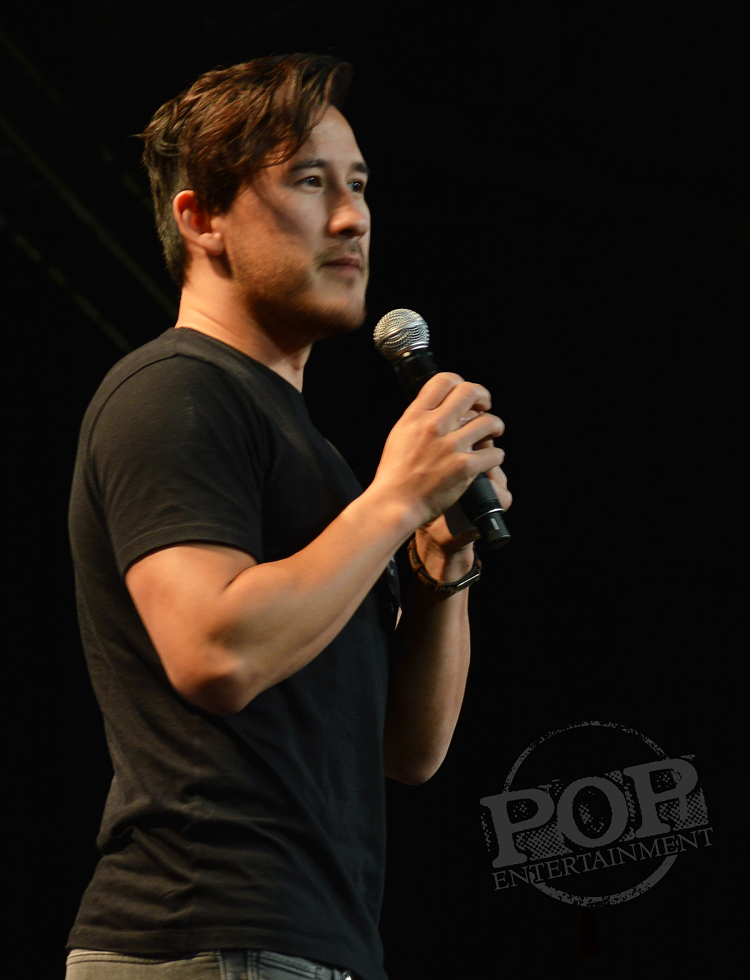 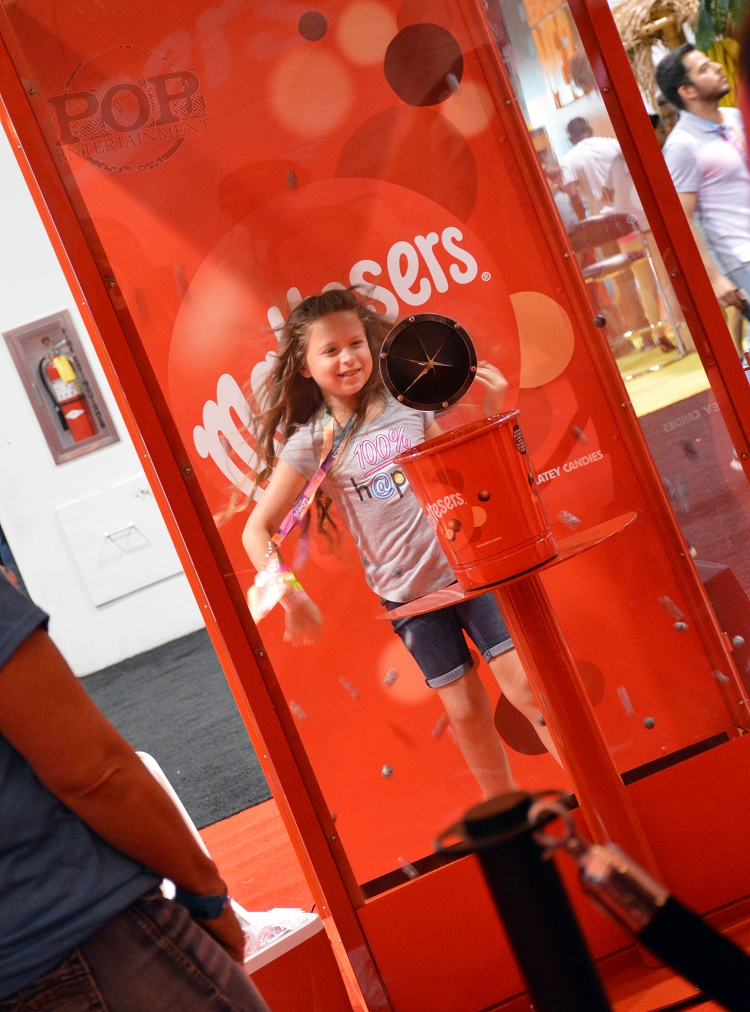 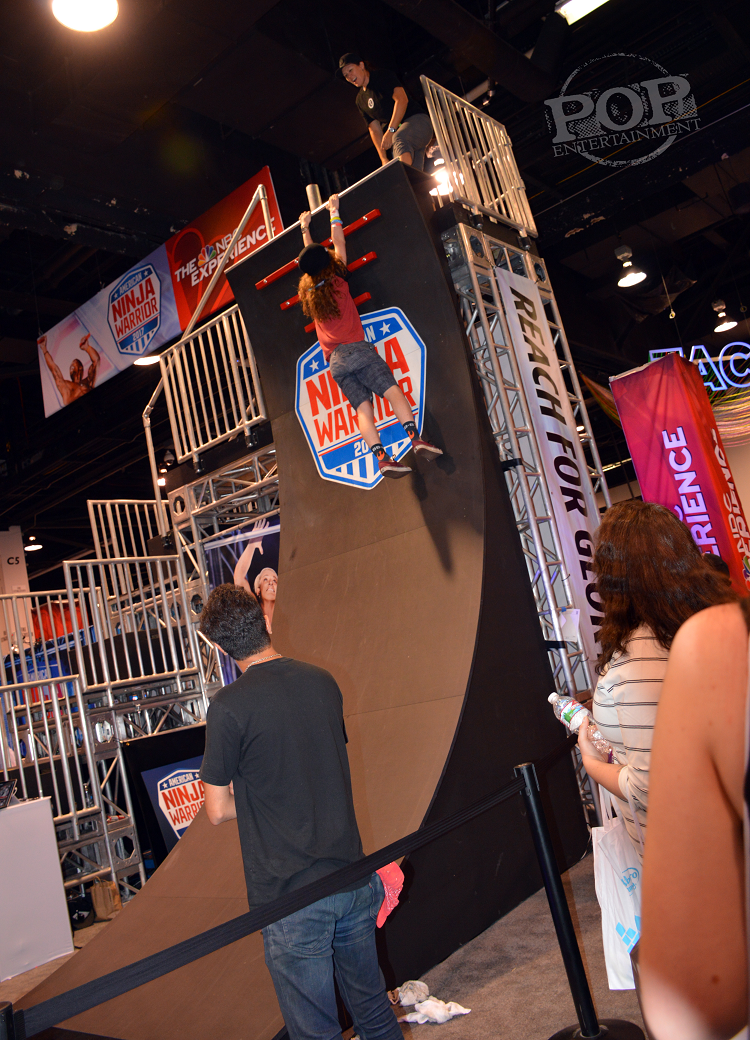 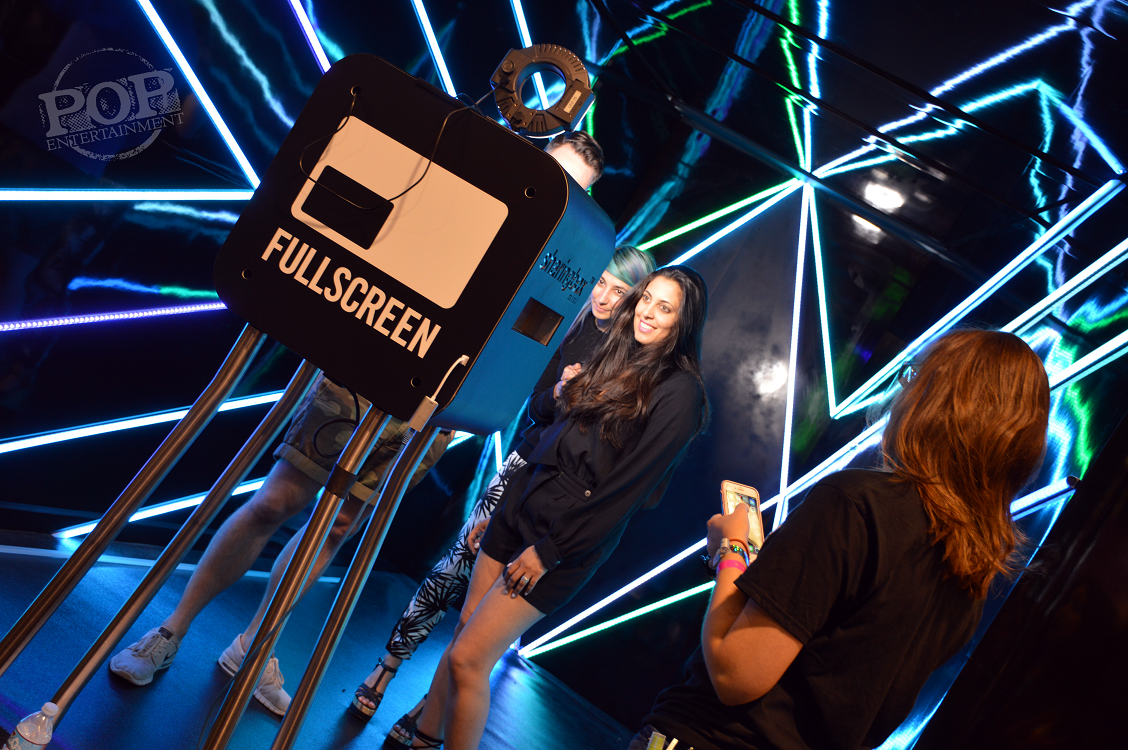 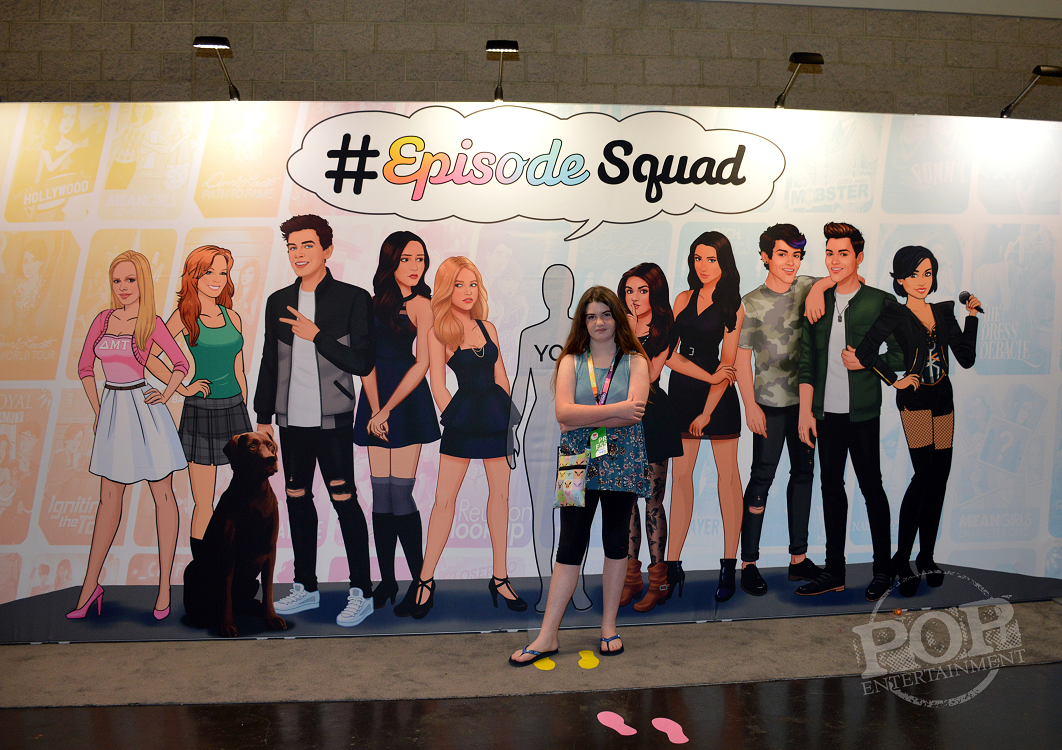 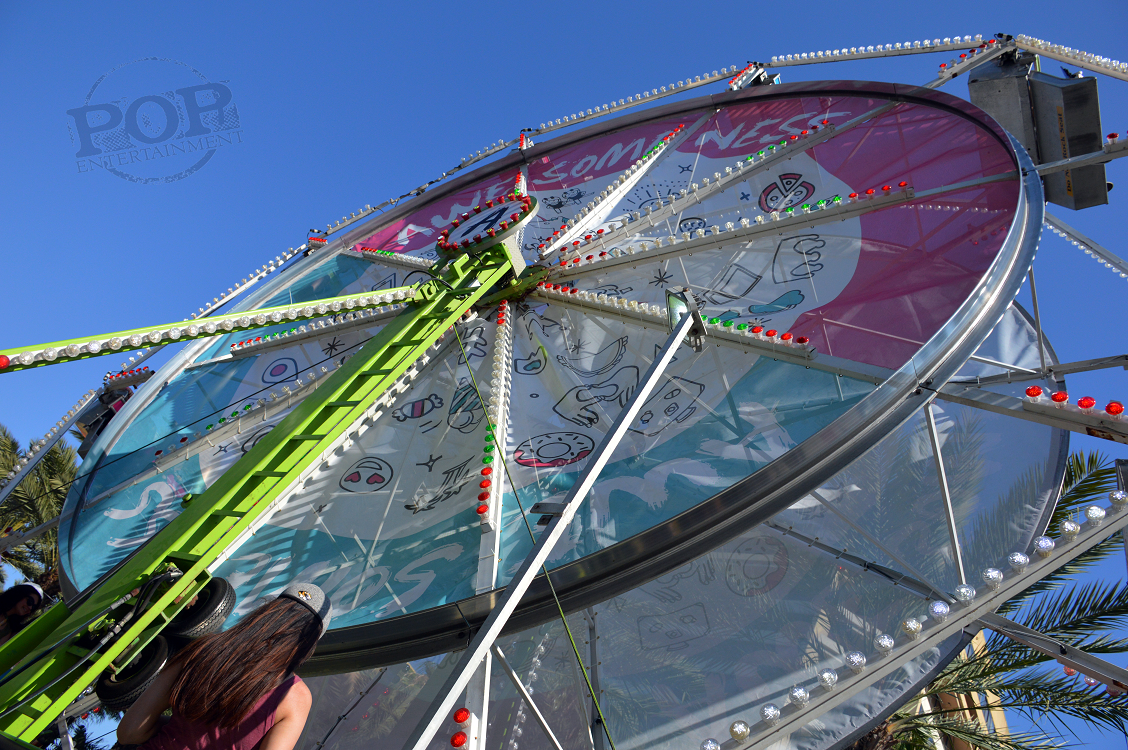 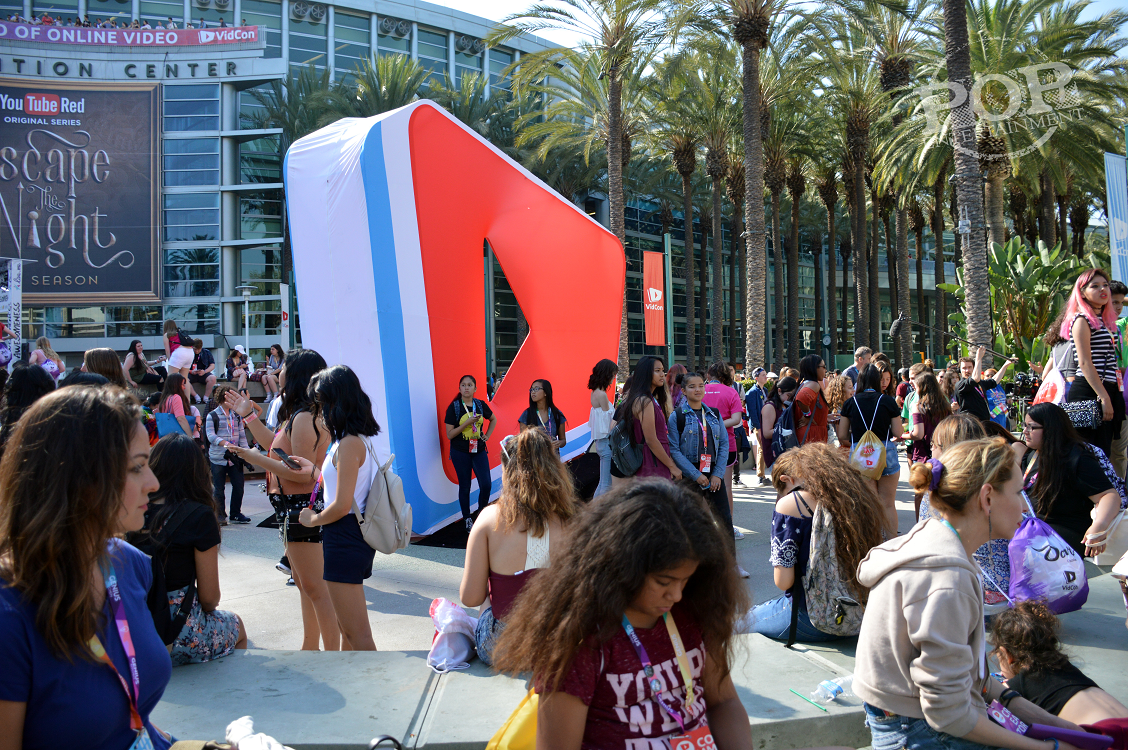 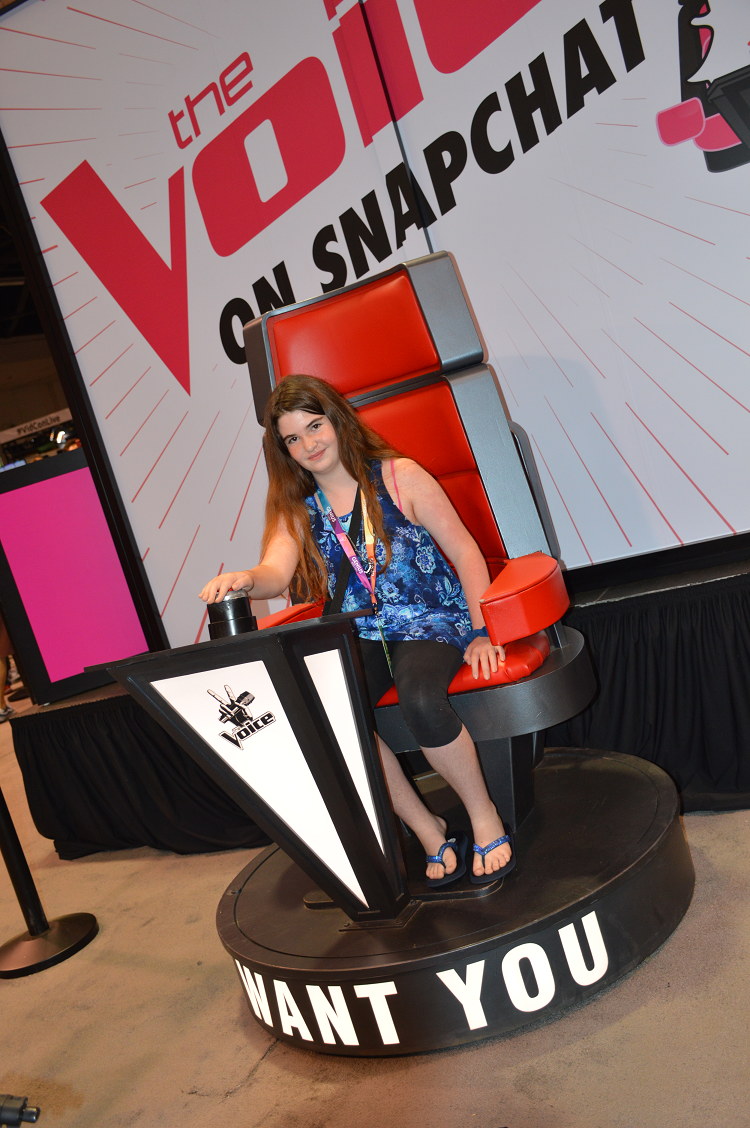 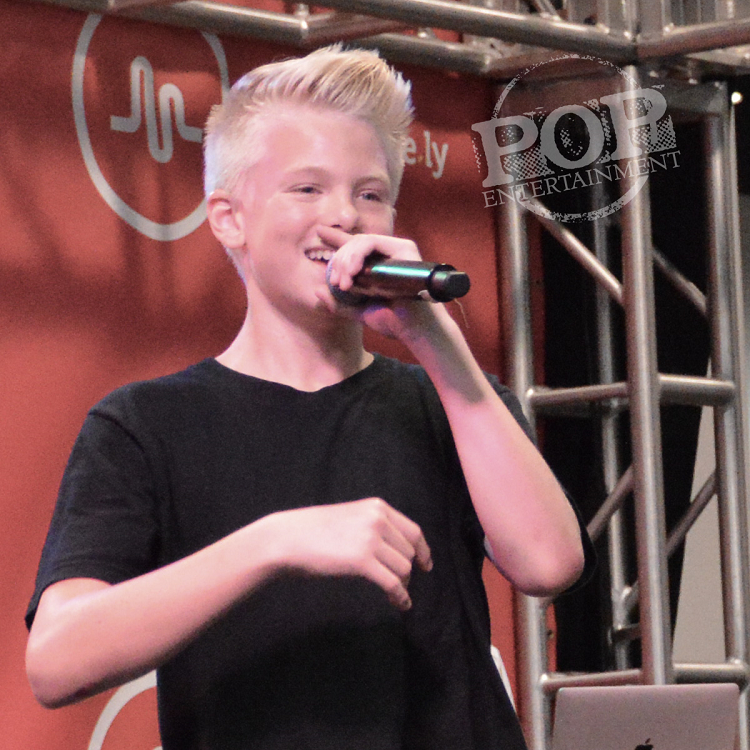 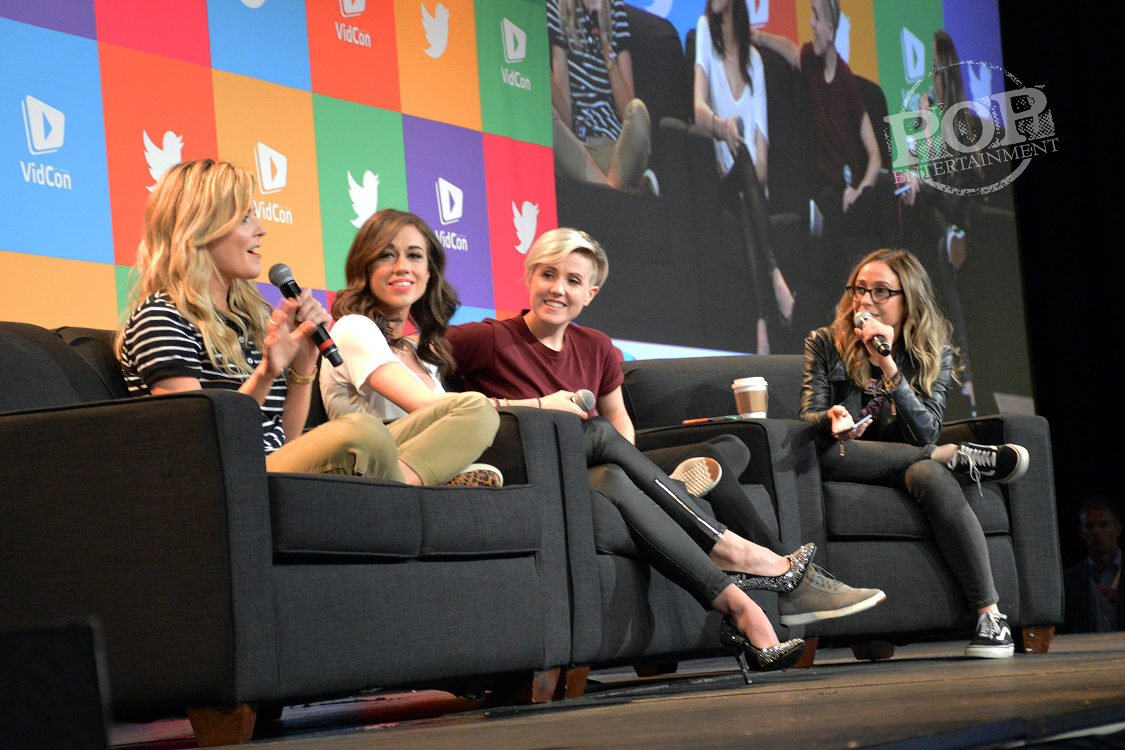 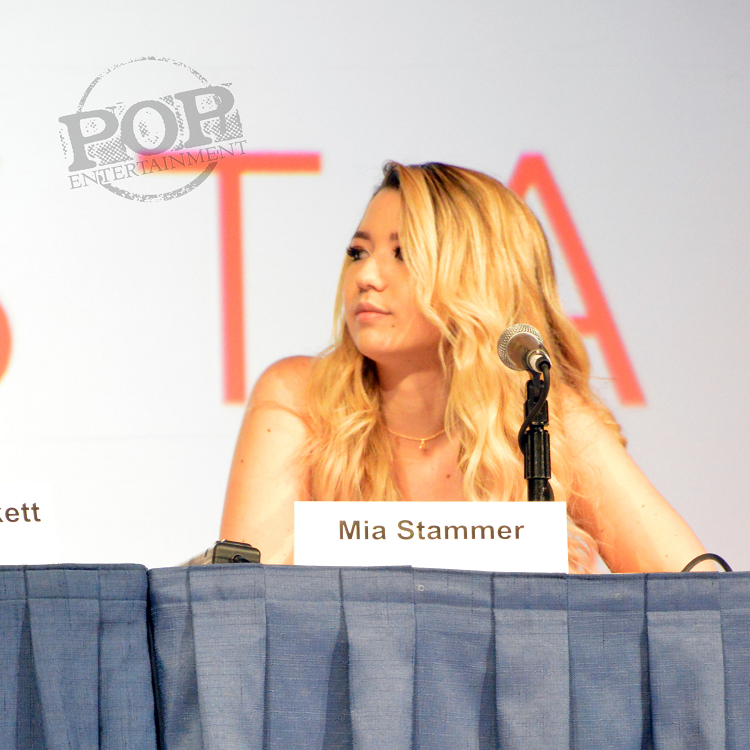 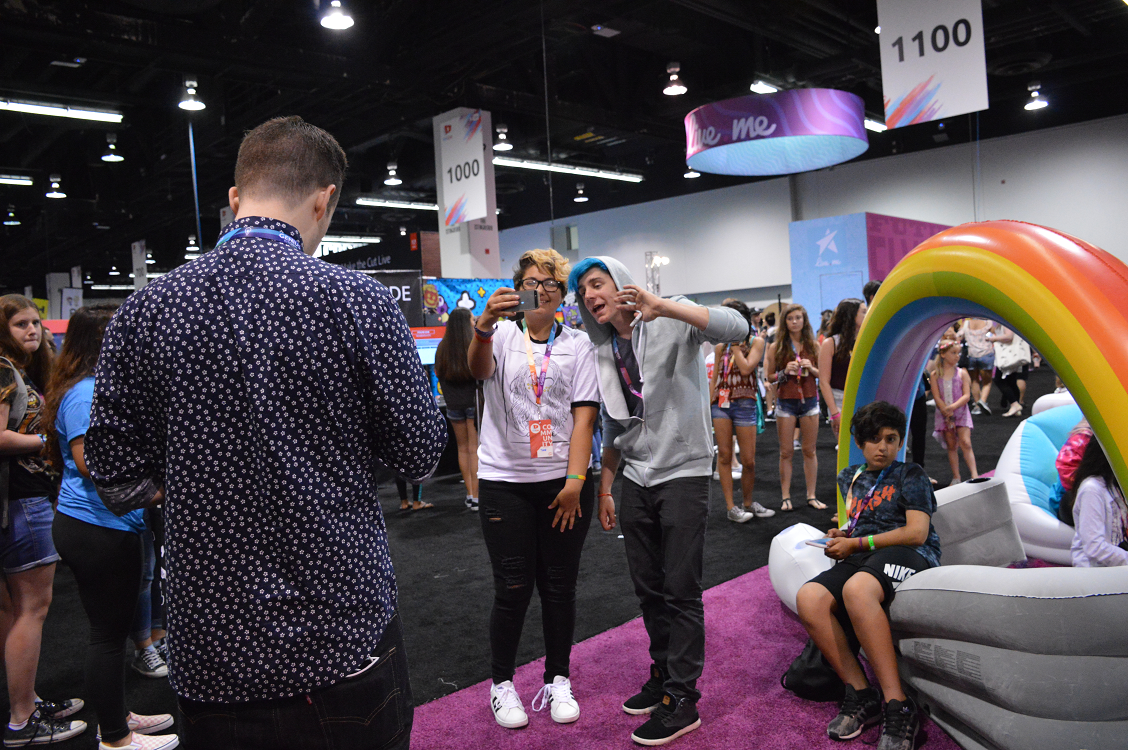 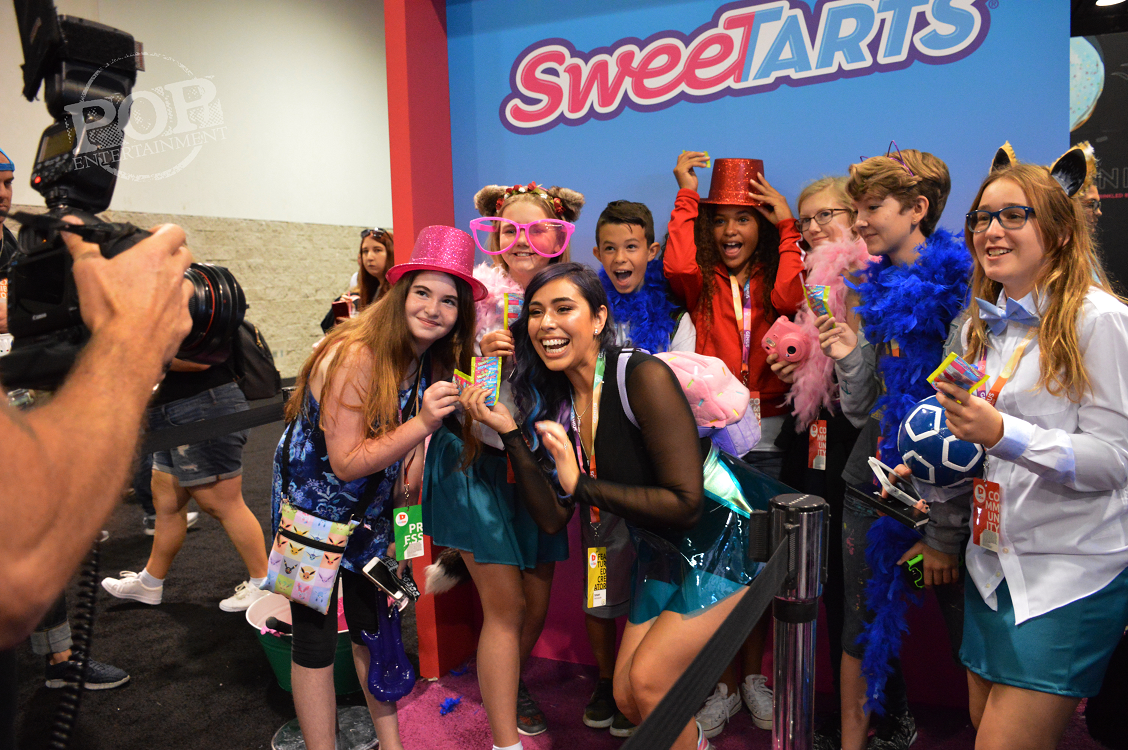 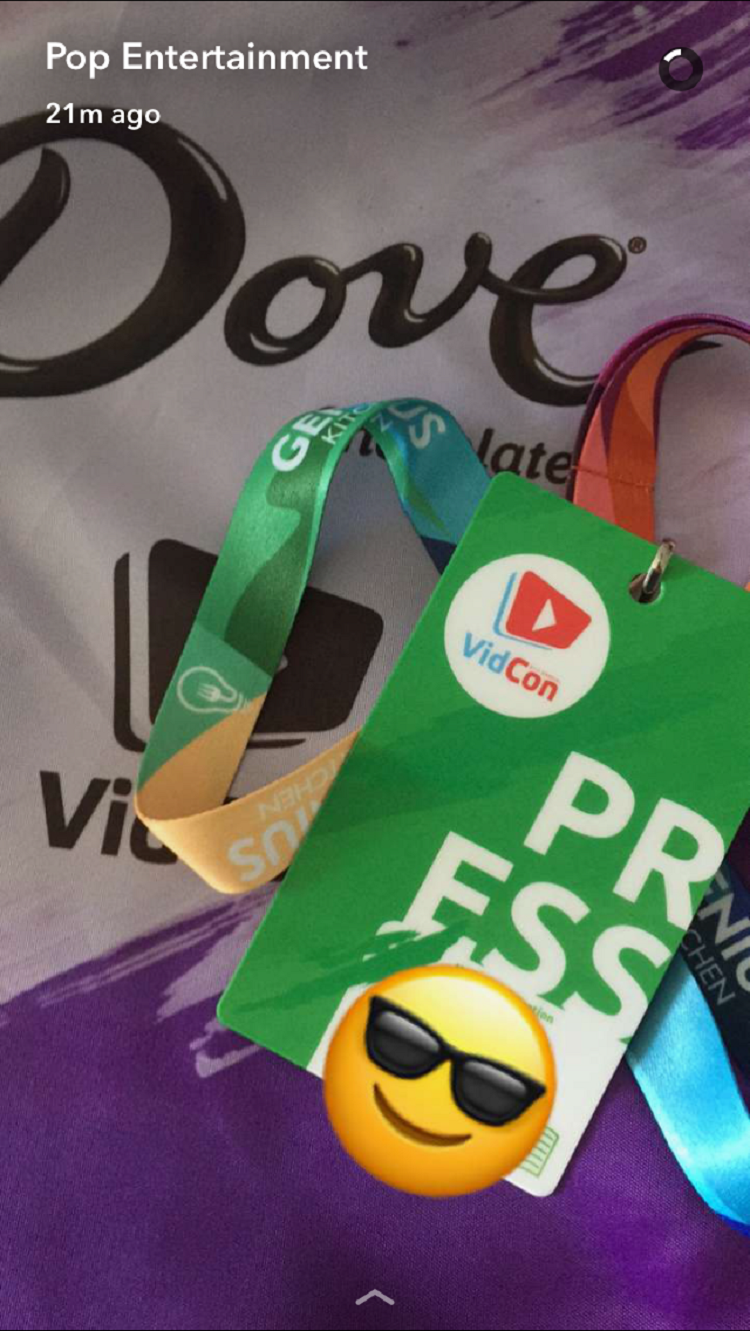 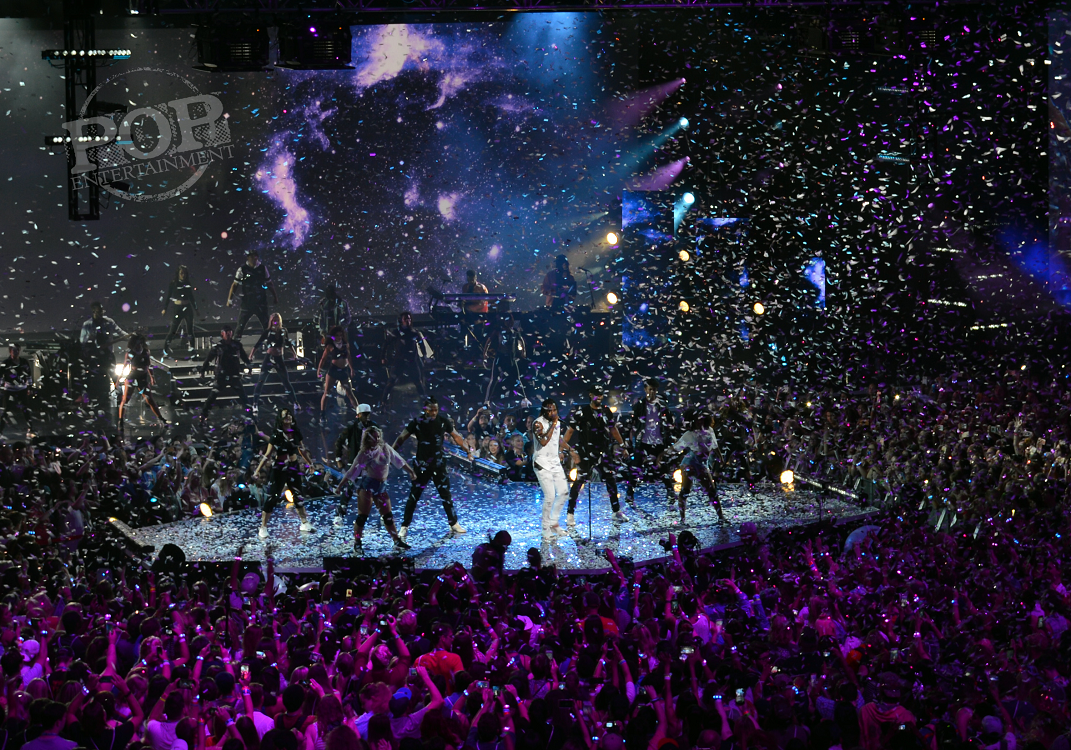 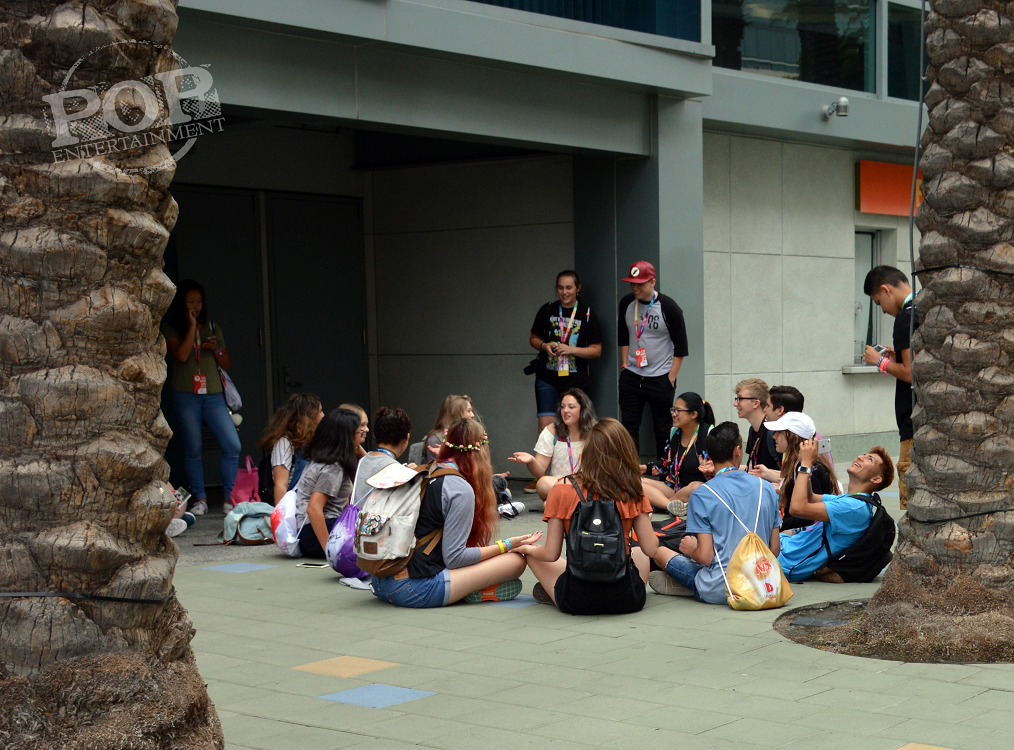 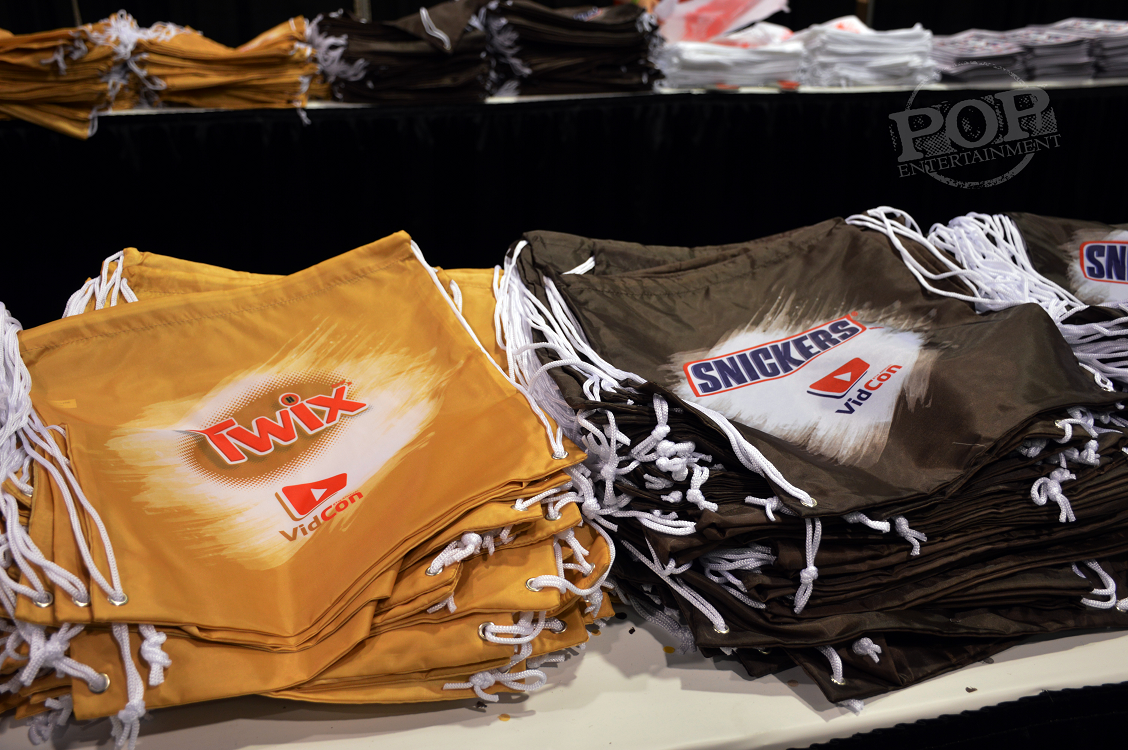 Most Wanted (A PopEntertainment.com Movie Review)